We’ve had a few dark times and a terrible run of luck over the past month. I couldn’t bear to write a ‘we’re still working on it’ blog post, so I waited. But I’m not waiting anymore.

Because – hip, hip, hooray! – last Friday we kept our appointment with the crane. After rescheduling this milestone event 4 weeks in a row, we were rewarded with a gorgeous, sunny end-of-Autumn day to plonk Odin back in the River Thames. 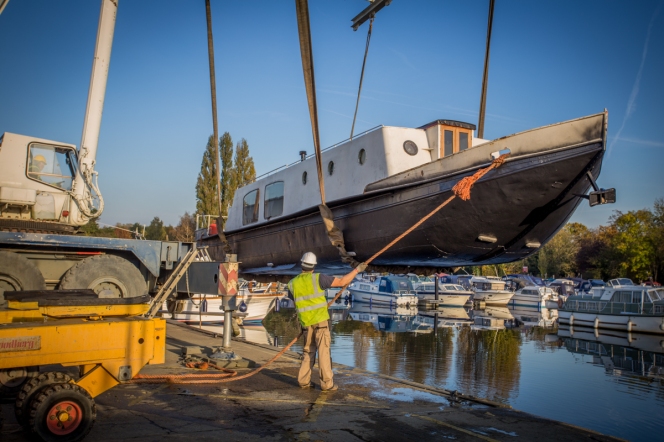 We watched nervously from the sidelines, chewed a fingernail or two and hoped the water wouldn’t gush in when Odin hit the drink. The lovely folks who work in the boat yard must have sensed the mood, appearing with a drop of whisky to mark the occasion and steady the nerves.

As the afternoon sun dropped low, the boat stayed high and dry. We left the crane slings around Odin for the night just in case. If the water broke in, she’d only sink a little and be held safely in place. After doing major work to an early 1900s hull, one must be prepared for the worst.

When the sun rose, thankfully all was fine. Our engine still needs a bit of love, so we hired a tug to tow us back to our mooring on Saturday morning. The tug crew set-off at 8 AM, tied Odin up in her new home, then picked us up from down river to do the inspection.

Approaching Odin’s new home, we passed what the tug captain called “a bad day in boating” – a neighbour’s boat had sunk. We wondered what her sad story was as we passed her next to the tow path. It was a sober reminder of what can happen if we’re not careful on our ropes and disciplined with our maintenance. Or if we just run into some bad luck. 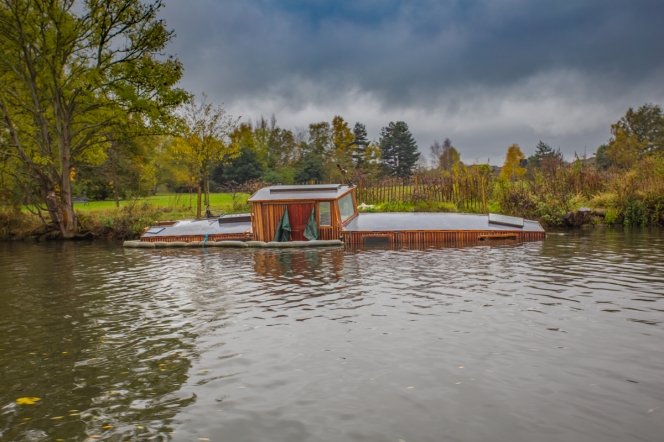 I couldn’t shake my smile on the approach to our island home.

After checking Odin’s ropes and casting an eye over everything, we were happy she was home safe. Only problem was, we still didn’t have a second small boat to get on and off the island yet. 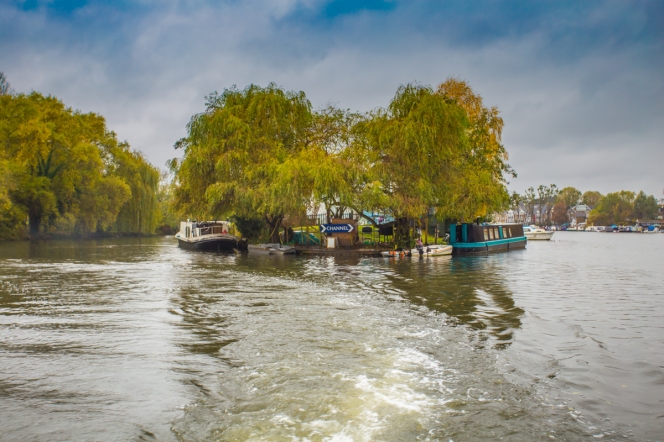 We waved goodbye and made a plan to return with a temporary tender ASAP. A few hours later, we had purchased a small inflatable boat for 40 quid. It’ll do us for a few days, but not much longer. I certainly don’t want to be in the boat when she bursts.

Chris took the first test paddle and ferried a few of our belongings across. It’ll take some time to get used to the (duck) traffic, but they seem pleasant enough.

Later that evening we returned to the mess with an overnight bag. We had a bed to make, junk to sort, a fridge to unbox and a new sofa to screw together. We were warned about #boatlife and its reputation for miserable cold living quarters. When we cranked our (temporary) electric heater to max, we were pleasantly surprised to find the cabin filled with warmth. I’d planned to lay into a bottle of champers at this point, but the day’s efforts took a hold of us after a beer or two. We hit the hay. 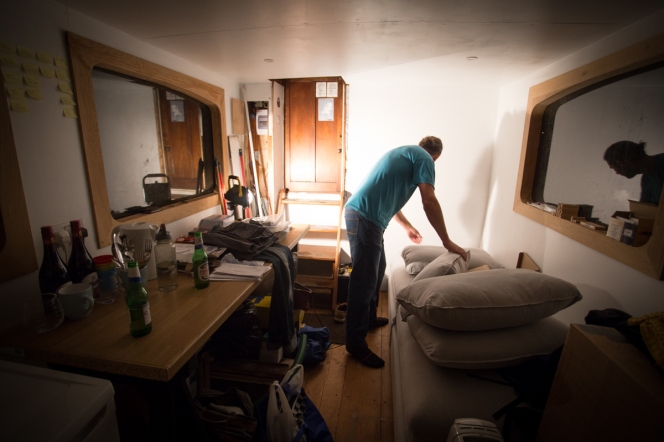 And then we woke up to this. A golden Autumn sun shone through the river trees, across the mist and smiled down on all our hard work. 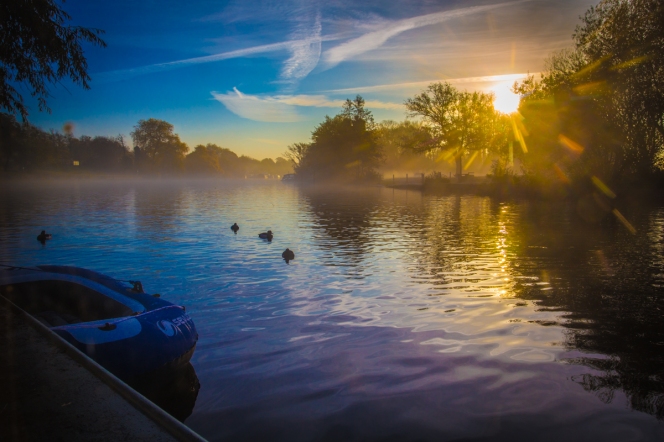 The bedroom set-up is a simple one for now: a warm and comfortable futon, with plans to build under-bed storage on the horizon. So long as these portholes stay rounded and the sun occasionally shines through, we have everything we need.

The following day we finished building the sofa, cleaned the decks, fixed some plumbing then sorted out all the rubbish and re-cycling left over from our new goods. It turns out a trip to the rubbish bin requires a little boating too. 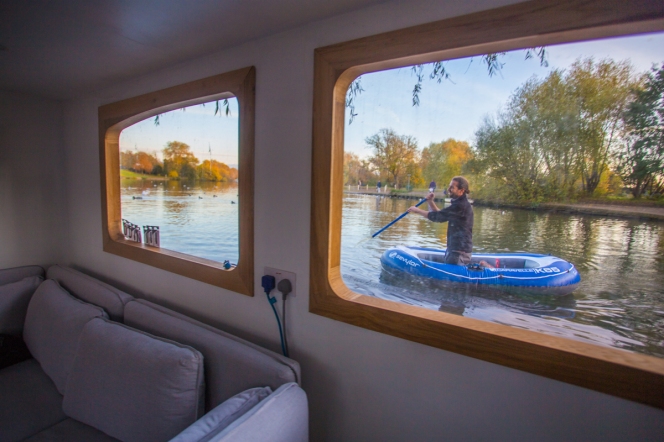 Our first taste of #boatlife was blissful. We’ll be moving in properly in a week, at which point I’ll post some proper interior photos and our renovation plans.

Aside from the never-ending deck-scrubbing and boat DIY, I plan to spend most of my time staring down river and feeling like the luckiest person in the world.